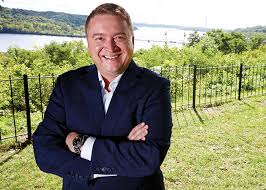 Pioneer Press May 14, 2014: Stillwater Mayor Will Bow Out After Two Terms

Stillwater Current May 14, 2014: Ted Kozlowski Announces Today That He Will Run for Mayor

“Ten years is enough,” longtime Stillwater, Minnesota, mayor Ken Harycki announced in May of this year.

With that announcement, a gaping void opened up in the city’s political structure – one that the next generation of local political leaders is eager to fill.

Ted Kozlowski, President of DemandQuest Marketing Institute, was elected to city council in Stillwater in 2013. After what has generally been regarded by his constituents as a successful run, he is now on the way to becoming the city’s new mayor.

Kozlowski announced his bid for mayor earlier this year, and in a statement, he acknowledged his desire to help improve the future of the city.

“After speaking with many residents, business owners, fellow council members as well as many county, state and federal legislators about the future of our town, both the opportunities and the challenges we face, it’s with their encouragement that I am proud to announce my candidacy for Mayor,” he said. 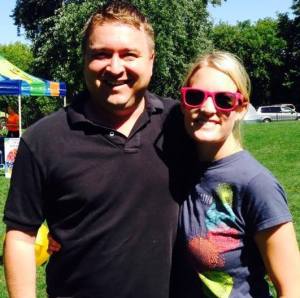 In November 2013, Kozlowski was elected to Stillwater City Council as a Ward 2 representative, but his devotion to and love of Stillwater is nothing new. Kozlowski created and still maintains the We Love Stillwater page on Facebook, and both he and his wife Rachael have been actively involved in various organizations in the community.

Kozlowski’s passions are not limited to community service. The mayoral candidate has an established resume in the fields of technology and marketing. As President of DemandQuest Marketing Institute, he leads a learning institute devoted to teaching students the most advanced and current marketing Internet marketing strategies.

Currently, Kozlowski lives at home with wife Rachael and his two daughters, five-year-old Amelia and three-year-old Evelyn. November 4, Election Day, is quickly approaching, and Kozlowski said in his candidacy announcement that he looks forward to helping move the community forward.

“Serving our community as a councilman has been one of the most rewarding experiences of my life,” Kozlowski said. “There are some very exciting things that are going to happen in our city over the next few years. I wish to continue to have a voice in the process and work with our residents to ensure these changes have a positive impact on Stillwater. I look forward to speaking with as many residents as possible over the next few months to get your input and ideas of how we can make a better future for our town.”